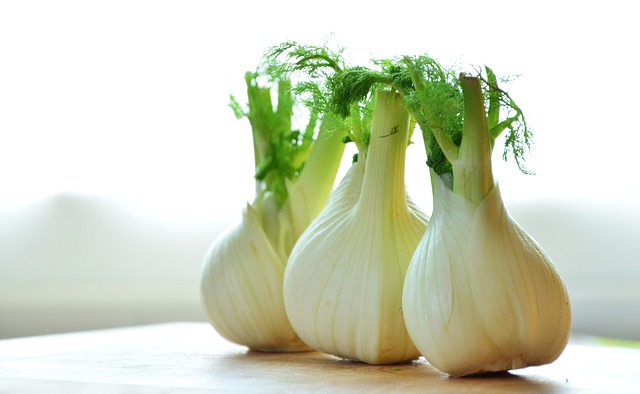 Intake of fennel daily and regularly may have a profound and positive effect in enhancing memory, some scientists suggested.

The human brain consists of billions of neurons, some of them were given a special function in storing the event from the past.

In other words, there is a faculty in the human brain in which the mind stores and remembers information.

There are 2 types of memory. The short-term memory (STM) is a temporary storage system that processes the working memory, reacted by taking into information that already was happened in the past.

Memory loss often occurs in the aging population. It is a normal degeneration, however, we can’t take action to slow it down a little.

Some researchers suggested that change of lifestyle, such as meditation and eating habits such as reduced intake of red meat which has been found to associate with lipid peroxidation can improve or slow down the risk of memory loss.

Risks of cognitive impairment and dementia-inducing memory loss were reduced by approximately 13% for an increment of 100 g per day of fruit and vegetable consumption.

A study that examines the fennel enhancing memory activity in an orogastric tube suggested that administration at doses of 50, 100, and 200 mg/kg body weight, fennel displays a significant effect in enhancing short and long-term memory.

Scientists at the research center, after taking into account all factors, recommended that adding a portion of fennel in the daily diet may improve memory in all aspects.

Fennel (Foeniculum vulgare) is a plant species of the genus, belongings to Apiaceae (Umbelliferae), native to the Mediterranean.

The herbal medicine has been used in traditional and herbal medicine, like warming, carminative, antispasmodic, antidepressant agent and to stimulate the appetite, ease indigestion, soothe coughing, reduce intestinal spasms, to regulate the menstrual cycle and relieve PMS.

According to the observation of urinary levels of vanillylmandelic acid (VMA), daily administration of F. Vulgare extract (50, 100 and 200 mg/kg body weight) 1 h prior to the induction of stress, exerted a significantly altered the stress in reducing central nervous system in the expression of stress hormone production from 395.79 to 347.12, 311.21 and 258.86 μg/kg, receptively.
In comparison to ascorbic acid, fennel extracts treated groups also exhibited potent antioxidant effect by inhibiting lipid peroxidation in both tested rats liver and brain homogenates to a greater extent.

These results suggested that fennel extract may also improve brain function by reduced oxidative stress and lipid peroxidation in the induction of neuron cells cytotoxicity and apoptosis in facilitating plagues accumulation in the neurons, the process has long been found to decrease long-term memory recalled.

In the same period, memory deficits induced by scopolamine (1mg/kg, i.p.) in rats was significantly reversed by F. Vulgare dose-dependently.

Dr. A. E. Bawazirand, the lead author of the research paper said, “F. vulgare may be useful in the management of stress and stress-related disorders on account of its multiple actions such as anti-stress, memory-enhancing and antioxidant effects”.

Further analysis of the enhanced memory and intelligence of F. vulgaris, an ayurvedic Rasayana (mixture) served to children as part of their food in Indian traditional medicine, scientists found that ingestion of whole plant extract at doses of 50, 100 and 200 mg/kg exhibits a strong memory-enhancing effect against scopolamine-induced amnesic rats.

Observed by conditioned avoidance response (CAR) technique, group treated with fennel extract of rats through gradually increased administration up to 95% over 7 to 12 days demonstrated a significant increase of percent avoidance due to information feedback from previous experience, compared to control group.

As Animals received 200 mg/kg body weight of the extract took ten days, while groups treated with 100 and 50 mg/kg doses of the extract required eleven and twelve days, respectively, to reach the point of acquisition.

Importantly, during the period of the experiment, treated rats demonstrated significantly less amnesia, a partial or total loss of memory induced by scopolamine in comparison to the nontreatment group.

Continuously, fennel treatment also produced better retention and recovery of memory deficits in a dose-dependent manner than the vehicle-treated animals.

Dr. Shamkant B. Badgujar, the lead scientist said, “Recovery from scopolamine-induced amnesia in the extract-treated groups took 3–5 days when compared to normal (control) group which took over 6 days”.

Some researchers suggested that the neuro memory enhancement of fennel extracts may be attributed by the effective influence as a sedative and the herbal protective effects in the maintenance of brain tissue through directly increase the total content of neurotransmitters in all the tested regions.

Finally, “Fennel is likely to be safe for use as a moderator and enhancer of the functions of the central nervous system by increasing the total content of neurotransmitters and also can be a protection against stress and stress-related diseases such as memory loss, because it contains high amounts of antioxidants”, according to the study of “Foeniculum vulgare Mill: A Review of Its Botany, Phytochemistry, Pharmacology, Contemporary Application, and Toxicology” suggestion.

Taking together, Fennel whole plant and whole plant extracts may be considered as a function in improved memory in all aspects.

These results also reaffirmed the use of fennel as a brain enhancer product by traditional herbal medicine.

Sources
(1) The effect of aqueous extracts of Fennel (Foenicul umvulgare Mill) seeds on some neurotransmitters Content and histological structure changing of cerebellar cortexin the brain of male albino rats by A. E. Bawazirand, L. E. Bokhary(Journal of American Science