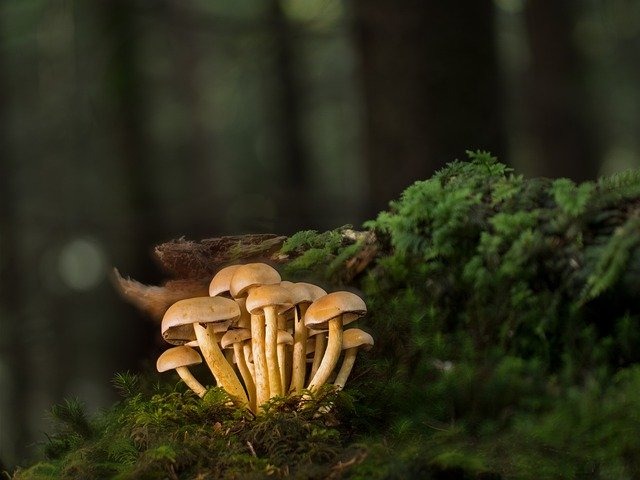 Exploring the Potency & Uses of the Top Medicinal Mushrooms

The medicinal use of mushrooms dates back thousands of years because of the varied and uniquely adaptive benefits for health. Now, in recent times with functional medicine and holistic nutrition going mainstream, we’re seeing a resurgence of interest in these marvelous superfoods. But there are a few things you should know before running to your local supplement shop…

This article will encapsulate the top health benefits of 7 medicinal mushrooms, while also explaining why some mushroom supplements sold in today’s marketplace don’t contain mushrooms at all. And finally, learn about how Real Mushrooms produces its mushroom extracts for its supplements and what to watch out for when you’re shopping for a high-quality mushroom supplement.

Medicinal mushrooms are nutritional powerhouses with a myriad of health benefits including the following:

But before we jump in, we need to take a moment to demystify the mushroom supplement marketplace, so we can ultimately make well-informed decisions when choosing the best products for our health.

Lion’s Mane Mushroom: The Mushroom for the Mind

Lion’s Mane is rich in a multitude of important compounds: beta-glucans, which are responsible for antitumor growth, immuno-modulating antioxidants and neuro-protective chemicals*. Oxidative stress, which these compounds protect against, is closely related to the pathogenesis of neurodegenerative disorders, such as Alzheimer’s and Parkinson’s disease [1]*. Nerve Growth Factor (NGF) synthesis in nerve cells may be induced by certain compounds (hericenones and erinacines) found in Hericium erinaceus, thus making Lion’s Mane an amazing helper with the development and function of nerves because of its neurotrophic factors. [2].

Lion’s Mane, or Hericium erinaceus, is a species of medicinal mushroom that is beautiful in appearance, it has long cascading shaggy spines resembling a waterfall. Lion’s Mane grows on the trunks of hardwood trees in Northern forests and has been used in TCM (Traditional Chinese Medicine) for millennia and has become a well-established candidate in promoting positive cognitive function.

Reishi Mushroom: The Mushroom of Immortality

Much of the polysaccharides in reishi mushroom are associated with immune functions, and if taken over time can significantly support the immune system*. It is also known to improve sleep, reduce stress and fatigue*.

Historical Use of Reishi Medicinal Mushrooms

Reishi or Ganoderma lingzhi, has been recorded for its use for around 2000 years. Most notably used in China by Taoist monks to promote calmness, as well as enhance their meditative practices. It has even been used by Chinese royalty who sought longevity and held Reishi or “the mushroom of immortality” in high esteem. Reishi was listed the most cherished among the superior herbs, that are considered to prolong life, prevent aging, boost qi, and make the body light [3].

The Cordyceps mushroom is an incredible energy-boosting fungi because of its ability to increase ATP production through pre-cursor compounds like adenosine and cordycepin. ATP is the compound that gives our cells energy. This is why Cordyceps is recommended when it comes to physical performance*. In TCM, Cordyceps is also used for lung-related issues like asthma or even seasonal allergies*.

Historical Use of Cordyceps Medicinal Mushrooms

Cordyceps has been described as a treasure in old Chinese medical books and Tibetan medicine. With hundreds of different species, it is a parasitic fungi that prey on insects. Traditional healers have recommended the medicinal fungus as a powerful tonic because it improves energy, appetite, stamina and endurance [4]. The most well known species of cordyceps is Cordyceps sinensis; the most expensive mushroom in the world costing over $20,000 per kilogram, sold almost exclusively in Asia. It is a rare combination of a caterpillar and a mushroom and found at high altitudes in the Himilayan Plateau.

For many years, the Chinese weren’t able to cultivate this mushroom, fueling an increasing demand on a small supply. Now, with this particular fungus, it is very important to be aware of what you are consuming because wild Cordyceps sinensis rarely make it to the North American market, yet companies are still advertising Cordyceps sinensis on their mushroom supplements. If a cordyceps product is grown in North America, it is almost certainly myceliated grain. High amount of grain means low amount of mycelium, and decreased beta-glucans, which are the beneficial polysaccharides found in the cell wall.

Luckily, there is one type of Cordyceps species that can be cultivated commercially to produce a mushroom (fruiting body), and that is Cordyceps militaris. If you would like to dive deeper into the realm of this fungi, we have written an engaging and helpful guide about cordyceps supplements to help you be informed.

Chaga Mushroom: The Mushroom that’s not a Mushroom

Historical Medicinal Use of Chaga

Chaga or Inonotus obliquus, which is commonly referred to as a mushroom is actually a highly prized sclerotium or woody canker that grows in the colder regions of the Northern Hemisphere on birch trees. First medicinal uses seem to have come out of Russia around the 16th century when used as a tea to treat stomach ailments*. After 1966, Chaga gained more exposure after its healing powers were written about in Alexander Solzhenitsyn’s book, Cancer Ward. As Chaga grows primarily on birch trees and much of the sclerotium itself is actually wood fiber and not mycelium, many medicinal compounds from birch like betulin and betulinic acid end up in the sclerotium. The outer black layer on the canker contains high amounts of melanin which can be beneficial for our skin*.

Until recently Chaga could not be cultivated but now in Finland they are inoculating birch trees with this fungus. Lab cultivated Chaga does not develop in to sclerotium and as it does not grow on birch but on grain, it does not contain the important medicinal compounds that come from birch.

Turkey Tail mushroom, or Trametes Versicolor, is one of the most well-researched medicinal mushrooms. It grows on dead logs worldwide, and receives its name because its rings of brown and tan look like the tail feathers of a turkey. In TCM (traditional Chinese Medicine) turkey tail has been used for treating lung disease, and in Japan, the drug PSK, which is derived from turkey tail has been used to strengthen the immune system when given with standard cancer treatment [6]*. China also has a similar drug called PSP. Turkey tail contains one of the highest amounts of beta-glucans of all mushrooms to help keep our immune systems healthy when used over an extended period of time [7]*.

Shiitake mushroom is great for immunity, liver function, and supports the cardiovascular system*.

Shiitake mushrooms are the most popular mushrooms in the world and have a meaty and versatile flavor, hence why they’ve been used as a food source in Asia for hundreds of years. In China, shiitake is called Xiang gu (香菇), which translates to “fragrant mushroom.” During the Ming Dynasty in China, shiitake was deemed “the elixir of life”. They’re great to cook with, and are also loaded with B-vitamins, helping to control blood sugar levels and reduce inflammation in the body. Shiitake has been cultivated in Japan for centuries, and has received its name from shii trees (related to beech and oak) they’re found growing on. Shiitake has a long been used as both a food and a supplement in TCM, as it is thought to boost longevity and improve circulation*. Lentinan, a polysaccharide in shiitake mushrooms, has shown great promise as an immunotherapy agent [8]*. Research has also discovered a compound in shiitake, eritadenine, that has lowered cholesterol in some studies [9]*.

Maitake mushrooms are known to help regulate our immune systems by stimulating the immune system’s lymphocytes such as natural killer cells and t-helper cells*.

Maitake, Grifola frondosa is commonly known as Hen of the Woods or the Dancing Mushroom. It is plentiful in the deciduous forests of North America and Japan. It is an edible mushroom with an earthy flavour. TCM has used this mushroom for its support on the immune system. The mushroom (fruiting body) contains polysaccharides such as beta-glucans, which have been linked to healthy cell growth and turnover*.

Maitake became quite famous in the 1990’s after Dr. Hiroaki Nanba, a pharmacologist out of Japan at Kobe Pharmaceutical University, began isolating and testing different polysaccharide fractions from Maitake. Many of these fractions were quite potent immunomodulating agents.