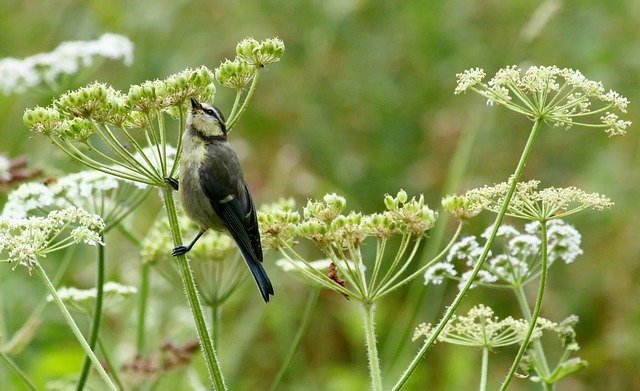 Yarrow, (Achillea millefolium), has been used for thousands of years for its potential health

benefits. In fact, its genus name, Achillea, refers to the warrior Achilles in Greek mythology, as he used yarrow to treat his soldiers’ wounds (1).

There are 140 different species of Achillea, which are characterized by their clustered flowers and hairy, aromatic leaves (1, 2).

Studies indicate that this plant may have various benefits as an herbal tea, extract, or essential oil.

Here are 5 emerging benefits and uses of yarrow tea.

Since the times of Ancient Greece, yarrow has been used in poultices and ointments to treat wounds.

One animal study found that yarrow leaf extracts exhibited anti-inflammatory and antioxidant properties, both of which aid wound healing (3, 4).

Furthermore, this study noted that yarrow leaf extract may increase fibroblasts, which are the cells responsible for regenerating connective tissue and helping your body recover from injury (4, 5).

Meanwhile, a 2-week study in 140 women observed that an ointment made from this herb and St. John’s wort helped heal episiotomy sites, which are surgical incisions on the vaginal wall made during childbirth (6).

SummaryStudies suggest that yarrow leaf extract and ointment may boost wound healing. However, additional studies are needed on yarrow tea itself.

Yarrow has long been used to treat digestive issues like ulcers and irritable bowel syndrome (IBS), symptoms of which include stomach pain, diarrhea, bloating, and constipation.In fact, this herb contains several flavonoids and alkaloids, which are plant compounds known to relieve digestive complaints (7, 8, 9).

3. May help reduce symptoms of depression and anxiety

The flavonoids and alkaloids in yarrow tea may alleviate symptoms of depression and anxiety (7, 12, 13).Studies demonstrate that plant-based alkaloids like those in yarrow tea reduce the secretion of corticosterone, a hormone that’s high during chronic stress (12, 14).One study found that yarrow essential oils administered orally to rats reduced anxiety and encouraged daily mental and physical activity (15).

summaryYarrow tea contains flavonoids and alkaloids that may relieve symptoms of depression and anxiety. All the same, human studies are necessary.

summaryYarrow tea may reduce both liver and skin inflammation, but research is currently limited.

While yarrow is likely safe for most individuals, some people should practice caution.Women who are pregnant or breastfeeding should not ingest yarrow, as it can trigger miscarriages and affect the menstrual cycle (29, 30).Furthermore, people with bleeding disorders or who take blood thinners should avoid yarrow because it may increase the risk of bleeding (31). On that same note, this herb should not be consumed for 2 weeks before and after surgery due to a higher risk of bleeding.

summaryYarrow is safe for most individuals. However, you should avoid it if you have a bleeding disorder or are pregnant, breastfeeding, undergoing surgery, or allergic to ragweed.