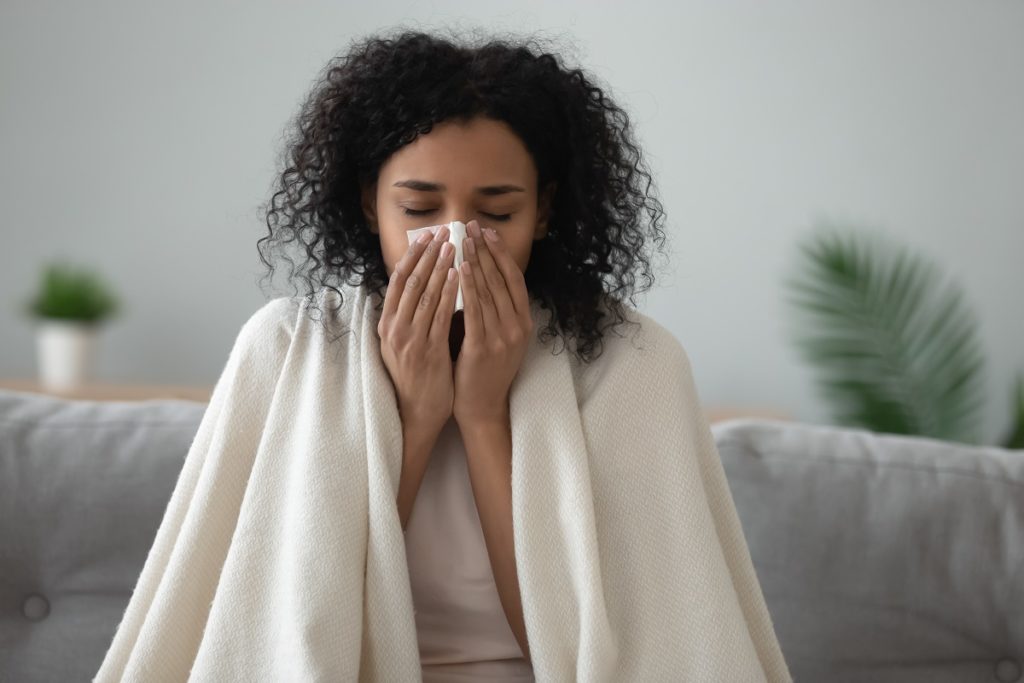 These spheres are plant pollen, as seen under a microscope. They’re the culprit behind most seasonal allergies. Pollen can cause your immune system to kick into overdrive because your body sees the pollen as a harmful intruder. As a result, the body produces histamines. Normally, they promote healing by increasing blood flow and inflammation.

But they can lead to the nasty symptoms we associate with allergies — like sneezing, runny noses, and watery eyes. Generally, people who suffer from allergies have it bad for several weeks during certain plants’ growing seasons. But because of climate change, the level of pollen in the air is getting much worse.

And that’s bad news — whether you suffer from allergies or not. In order to grow and produce pollen, plants need to generate energy through photosynthesis.

That requires water, sunlight, and a third necessary ingredient, carbon dioxide. Carbon dioxide exists naturally in the atmosphere, but as we burn fossil fuels like coal in power plants or gasoline in our cars, we’re putting more and more CO2 into the air. The more carbon dioxide there is in the air, the more plants grow and produce pollen. Take a look at this graph. These bars are the level of carbon dioxide in the atmosphere between 1996 and 2015.

And this line is the amount of pollen produced per ragweed plant, a common source of allergens. As carbon dioxide increased, the ragweed produced more and more pollen. And pollen is an important part of a plant’s reproductive cycle. So more pollen means more seeds, which means more plants producing more pollen the following season.

But CO2 is increasing the level of pollen in another way as well.

Carbon dioxide is a greenhouse gas. And it’s called that because it traps the sun’s heat energy in the Earth’s atmosphere and is helping warm the planet — sort of like a greenhouse. As the climate warms, there are more days above freezing, which means more time that plants are active and producing pollen. This graph shows the number of days with above-freezing temperatures in the US over the past 120 years.

In the past 50 years, the US growing season has increased by over 10 days, on average.

Overall, most places around the world are seeing longer growing seasons — and, as a result, more days with pollen as well.

Pollen levels and allergies are only going to get worse from here if carbon emissions continue the way they are. This is the current production level of grass pollen, another common allergen source. By 2060, that level is expected to double. And by 2085, that amount will have more than tripled. While allergies can be annoying for the 1 in 5 Americans that suffers from them, they can usually be kept at bay with over-the-counter drugs.

But in some, allergic reactions can lead to severe reactions like anaphylaxis, where blood pressure drops and airways start swelling shut. And pollen grains can wreak havoc on people’s lungs, even if they don’t suffer from seasonal allergies. In the US, Asthma attacks induced by pollen have lead to more than 20,000 emergency room visits per year. So if for no other reason than to protect your sinuses, it’s important to reduce the amount of CO2 we’re adding to the atmosphere. It can help curb how much we’re warming the planet and it can help slow the pollen-ocalypse.

One Reply to “Why your allergies get worse every year”